Today, I was watching a video on YouTube and found the left side of my Parietial Lobe being stimulated. And I felt myself succumbing to irrational thoughts. I am being subjected to nonconsensual US Military experiments which includes neuroremote monitoring and programming against my will. What this incident highlighted was how US Military was illegally accessing my online data in realtime and carrying out unorthodox and unethical human experiments. This has happened before but I am paying more attention as it has caused me considerable phschological pain and damage in the past including now. 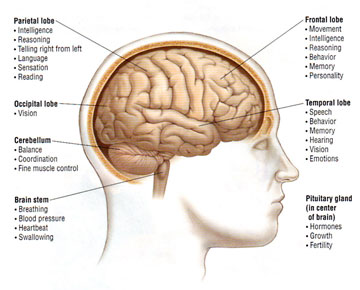 Human Experiments with direct energy are harmful to individuals.  I came across this link of a women who died after being exposed to extreme levels of directed energy weaponry and abuse.

US government has a history of ignoring these crimes. US Military as use them as part of their national security development – bio weapons development. I was listening to the writer of ‘Angels dont play the HAARP’ on a YouTube video and he said they was a clause in US Constitution that allows Bio and other experiments to be used as experiments on US Citizens as long as they can justify purposes.  He was referring to Chemtrails and I also concluded that could be also be attributed to HAARP and HAARP extended experiments. This made me angry for US Citizens who are being subjected to this evil crime without a chance of recourse to goverment help and for personal reasons, my own abuse and torture by US Military for terrorism indoctrination. They have even overstrpped jurisdiction, I am a Zimbabwean citizen not a citizen of US neither was I living in US. The reason I had been able to tire my indoctrination to terrorism to US Military was they wanted me to have an anti America profile that was prominent enough to link back to US so that they could justify US Military intervention of Zimbabwe.

During my two year terrorism indoctrination, I began a fight to losen the grip the US Military experimenters had on me. They tried to force me into activism with particular focus on US human experiments knowing too well I would be focusing on something they had legally protected themselves and I would end up nowhere with it. The best outcome for them would have me end up being branded a trouble maker ( which they want anyway, for reasons of expanding their authority on all world identities). They would easily turn my activism into something sinister like encouraging civil disobedience. They were actually forcing me into the activism which made it even more suspicions.

My instict kept telling me it needed a more grassroot movement to address this issue. As a foreigner my self challenging US weapon development and experimentation sound like a confrontational move US Military could challenge as obstracting their weapons development to protect their country.

These were same people who were programming me for terrorism to use military intervention in my country. The real reasons was for them to access Zimbabwe Strategic Minerals. I had to challenge their manufacturing of terrorism.

I thought for a while and I knew for sure, my indoctrination into terrorism was wrong, extremely wrong. And thats were my focus had to start.

US Military were actually trying to hide my indoctrination into Terrorism using various avenues to distract me but I was not going to burgue as I had formed a sense of injustice has been done to me, and also of being violated.

International and human rights laws has been broken, in all areas of my life. My subjection to experiments is illegal. And because US Military intended to get a result that resulted in War…this was beyond ordinary crime, US Military knew and would campaign to keep me quiet from informing even my government . But I did because I knew keeping quiet was putting my country in danger.

← Why the Terrorism
Beyond a joke →